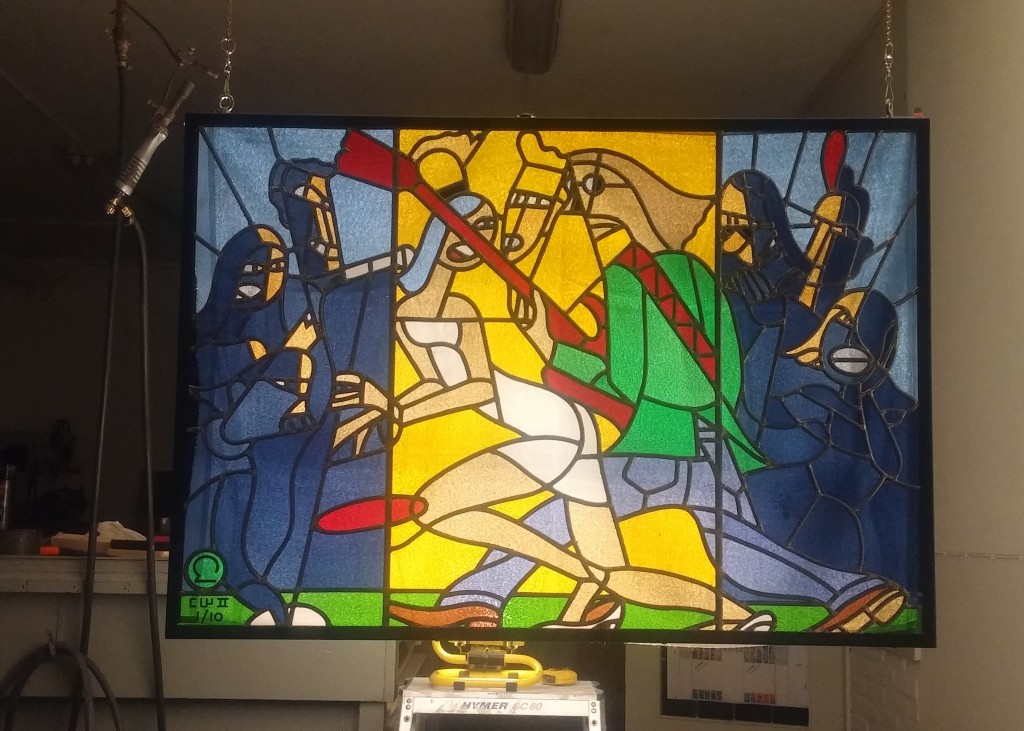 Ever Meulen started his career in the early 70’s as an illustrator for the influential Belgian weekly Humo. Fascinated by comic strip legends such as Hergé, Franquin, Jijé and E.P. Jacobs as well as the Flemish Expressionists, he developed, early on, a highly personal style. Referencing modern architecture, pop music, art history and cars. Ever meulen created a pictorial universe in which intriguing, joyous narratives unfold. His drawings are characterized by a unified hence subtle linear treatment of space, forms and figures and, also a distinctive color scheme (with green as his favourite).
Ever meulen’s work has been widely published in magazines in Europe, America and Japan, including RAW and The New Yorker for which he did his first cover in 1994.
Besides editorial work, he has designed stamps for the Dutch and Belgian postal services, book covers, posters and murals

Cartoonwindows are for sale at